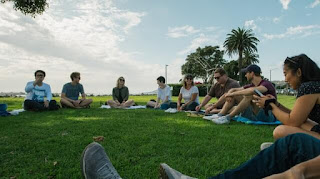 It’s a fun time friend. Let’s enjoy it.
So, as the heading suggests I’ll be talking about different interesting as well as fun games which you can play with your friends and family members. Games play a vital role in everybody’s life and these games will help you a lot to know each other well. This will help you to strengthen your bonds. I myself love to play these games. Hopefully, you will also love these games.
Let’s begin😍

I know, the name sounds interesting. This is one of my favorites games.now procedure to play this game

Now, you will think who will be asking the question so anyone from the group can ask the question or two people can also ask questions but the answering person will be decided turn wise. Many questions need to ask in one go.

If the person fails to answer the question then he must complete a dare given by the group dare can be like giving a party, dancing in front of many people and many more.
this game will help you a lot to know about each and every person in your group. You will be able to know their secrets as well😂. Now, moving to the next game.

This game is very interesting and helps a lot to strengthen your bonds with your friends and to know them better.
Things you need for this game are one bottle and a group of people. The procedure is as follows:

I once gave a dare to my friend to talk to a stranger and to say him that you look like a fool and things like that and they had fighting after that and we had great fun watching them, we made video also for memory and for many days he was teased by everybody for doing such a thing.😂

And every time this process will be repeated for the turn of the next person and the game goes on in the same manner.

This is one of the wonderful games, this shows your understanding with each other who understands whom in a better way.

You will love this one. It is the best way to know your friends secret.and to find out what they are hiding from you. This game is simplest first all you need to bring drinks it can be soft drinks if your friends don’t drink or it can be any other drink whichever you wish.
firstly sit in a group and everybody will be having their glass of drink in their hand. Now, turn wise everyone has to tell that never have I ever………..means the person having the turn will tell what he hadn’t done yet. and if somebody from the group has done the same thing then he has to drink. So, every time a person whose turn is there he will say never have I ever …… and If anybody has done that they will have to take a sip from their drink.
example like I said, “Never have I ever stalked my ex?”
so if somebody has done it they will take a sip and you get to know who does these things in your group.

This is a funny game and can help a lot to find out hidden talents 😂.
Now for this game firstly all you need to sit in a circle. Now a person will give the name of any known personality to the person sitting next to him. Name can be of your very well known classmate or your friend or any big celebrity or your teachers or your principal anybody but he or she must be known by everyone in the group. Now, the task of the person who got the name is to first stand up and to do the mimicry of that person and everyone else has to guess the right name and the process continues in the same manner to the next member of the group .everyone will get a chance to show his or talent and there is a lot of fun watching mimicry, it’s a great way of entertainment.
precaution must be taken that if you are doing the mimicry of your principal or teacher you should be assured that they might not get to know about your performance, otherwise this game can lead to punishment. 😂

This game is very simple. All the people need to sit in a big circle and one person out of the circle. All the people sitting in the group have to sit by connecting their hand to each other.like if I ma in the group I need to join left hand to the person sitting left side and my right hand to the person sitting on my right side and the same thing will be done by everyone in the same way. Now one person who is out of the circle will tell who will start the message and who will at the end have to receive the message. So after the person has told the starting and ending point of the message the person imitating will say message sent now the message will be transferred by pressing hand and must reach the person before the person who is out of circle get to know it, If in between that person saw the hand movement and said stop then the person who was not able to send message forward to need to be out of the circle and have to give a dime. If the message is successfully received by the person then he will say the message received and the same person has to give dime again . and any path can be chosen by the initiator and receiver to get the message successfully.

As the name suggests this is a passing game.you can play this game with your family as well as with your friends. Things you need is one pillow and one music player or phone. One person will have to play the music and stop it after not a specific interval of time. When the music will start pillow will be passed from one person to another person around the circle and when the music stops pillow cannot be transferred further so, the person having the pillow now have to do a task given by the whole group. Any task can be given and he must do it.and after that again music will be played and pillow will be transferred in the same manner game continue. In this game, the task part I like the most because you can ask your strict grandpa to dance, and watching them having fun makes you happier.

This game is the most popular and often played. Antakshri in English means singing songs. So, as the name suggests in this game you have to sing songs.
So, firstly form two teams having equal members. Now, the first team will be singing one song and the ending letter will be the initiating letter of another team. The second team has to sing the song starting with the letter which has been given by the first team. This game continues and if any team is not able to sing a song in a given time then that team loose points, at last, the team having maximum point wins.
This is great fun to enjoy songs with friends and additionally if anyone wants to dance then can dance also.

The name sounds interesting, right. The game is also Interesting. To  know about the game
Everyone will be playing individually. firstly everyone will be given a piece of paper and pen.
Now, everyone will be writing their feelings on that paper about any of the members in the group without writing that person’s name. and will fold these chits and place them in a bowl. Now the bowl will be shaken well. This is an individual choice to write a bad thing or a good thing about a person but feelings must be true. Now, the next step is that everyone has to turn wise pick a chit from the bowl, and have to guess who has written this and for whom. If the person guesses right then he gets points for the correct guess and if the guess is wrong he will be punched by the person who has actually written the name.do not hit too hard but it’s fun to punch your friend don’t miss the chance.😂the game continues and every time feelings are written on the page and the same process is repeated.

Simple as the name suggests.Cool and interesting game. Everyone be playing individually .you only need a handkerchief or any piece of clothing to tie on eyes, this is tied on everyone’s eyes turn wise. A person whose eyes are tied up by clothes have to feel and touch things given by the group members if he or she guesses right So, turn comes to that person whose thing was exactly told by the dimer, and so on the game continues.
Things can be a frog😂, a cactus, a pen, or a vig any weird thing which is bad to feel and hard to tell to make the game more interesting and make the dimer scared.😝
Hope you love and enjoy these games.
Thank you
ALWAYS SMILE😁

THIS DOESN’T MATTER HOW LONG WE LIVE , THIS MATTERS  HOW WE ENJOYED EVERY SINGLE MOMENT OF LIFE , BECAUSE LIFE IS PRECIOUS