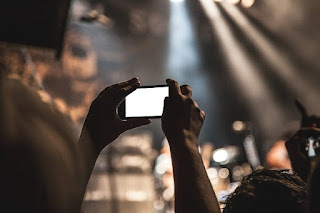 South Indian Movies are becoming popular than Bollywood day by day because of their interesting and amazing stories and great movie content which is quite missing in Bollywood movies. So, Here’s a list of top 10 Hindi dubbed suspense Thriller South Indian Movies, these are amazing and will take your interest in south Indian movies to a next level, and will definitely make you fall in love south Indian Movies. These all movies are with a complex twist and turns with action and a little bit comedy and with some serious issues like cybercrime it means these are a complete package of entertainment, and these movies are easily available on youtube so, you need not spend money for watching great content movies.

It was released in 2018. The whole story revolves around a bridge of Hyderabad. A police Inspector and Journalist are assigned work to find out the mystery of murders around the bridge, during their Investigation they found an evil spirit who was killed by somebody and is now taking revenge of its death. It will be interesting to know about the incident that happened to that evil spirit and how that Journalist and Inspector solves the mystery.

It was released in 2017.
This story is based on a parallel life concept that means someone who can see in the future and have the power of changing it. Its concept is new and the story is interesting. The story starts with a couple, Jeeva and Jhoshna, who love each other truly, they are planning to live their life together but the twist is, In future, Jeeva kills Jhoshna, and Now, they both tries to change the future. It will be interesting to find out why Jeeva killed Jhoshna and Are they able to change the future?

THE RETURN OF ABHIMANYU

This is a story which will help you to know about cybercrime, The story revolves around a military man, who wants a loan for her sister marriage but he was cheated by hackers and then he started to find out the main person behind this whole hacking web and how it works, the story is interesting, emotional and will help you by warning you about the cyber crimes which will be a dark aspect of Digital India,as India is becoming a digital country it has both impact good as well as bad so,it’s important for the people to know about both sides of digital country which is beautifully shown in the movie,and as all movies acting and action of hero is amazing .

This is a story of twin brothers, who look alike but there nature and behavior make them pole apart. They both are arrested in a murder case but this case gets confusing as the investigation forwards and police find it difficult to find the real criminal. Because of many twists and complexity, this is an interesting Movie.As the best South Indian movies this is an amazing mixture of drama and action.

The story starts with a mad serial killer who loves to tease police and kills people in weird ways. Then a police officer is assigned a job to trace out the criminal, during his investigation he finds the dark politics happening in the system and stands against them and this takes the movie to another track.

This is a story of a secret agent who works for India and saves the country from upcoming dangers but the story gets twisted when he is arrested in a case of killing his own boss with lots of twists and turn you’ll find that the killer mystery is attached with the death of agent’s father. It is quite complex with lots of twists and turns it will be fun to find out the mystery behind the murder.

This was released in 2017 and is based on a true story. In which a team of officers is engaged in solving different cases mystery happened from 1995 to 2005.some cases like robbery or some cases like a full planned murder there are a lot of cases with lots of thriller and action.

The story starts with a Psycho Killer who loves to kill girls and after every murder, he hangs a body part of the girl to tease the police, then with the entry of a smart police officer story takes a twist where he wants to traces out the killer.

This is a combo of 5 stories that are interlinked with a murder case, but no one can solve the mystery of murder, and everyone listens to the stories differently than a Journalist decides to take the responsibility to solve this mystery Murder case after listening to those five stories.

The story starts with a police officer who has lost his legs as well as his career. He wants to find out the person who has destroyed his life. He starts by telling his story but this time, the twist takes him to the correct ending of the story. It will be interesting to find out the murder mystery that destroyed police officer life.
These are a few amazing movies that will make you crazy and a true fan of south Indian Movie. these are most amazing and lastest movies .Hope you love the above list.These all movies are avalable  on Youtube.Let me know about your favourite south indian hindi dubbed movie by writing it’s name in comment section,I would love to read,and don’t forget to write which part of the movie you love the most.
Thank You
Stay healthy and safe
Always smile
Watch movies and enjoy life