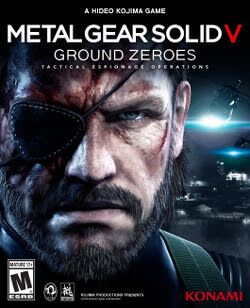 This Article would be for those who are low in internet data package and want great games in that so I am listing best Highly Compressed pc windows games of all time under 2GB of size.

The games are repacked, reloaded, compressed to come under this size. After downloading you have to install them which would convert the game into its original size.

In first place is metal gears’ ground zero. It is a 2014 Action-Adventure, stealth game. In this game you would be on a mission alone in an army camp you have to save the lives of prisoners by secretly reaching them. As you would be alone in the camp so you should be too much careful and it would be adventurous. Killing the guards etc. I personally loved this game and played it for a long time.
Survival in this game is tough if you are new to shooting games as you have to deal with so many weapons and be careful towards the guards roaming in the field if anyone notices you they would be alerted and it would be hard to overcome the situation.
RATING: 9.1/10

Call of duty 4 modern warfare is the fourth installment of this series. It is the Best game of 2007. It’s my personal opinion I played this game in 2021 and loved the story of the game you would be addicted to the missions and their controls.
First, you had complete the campaign which you would love absolutely, and thereafter the arcade mode will be unlocked in the game. All type of missions are their one man army to brotherhood looks in the game. The game tells about teamwork and you are on the mission to destroy terrorism and the biggest terrorist group. You would be saving millions of lives by destroying their missions sideways. The Game will make you an army lover.
RATING: 9.1/10

John wick hex is a 2019 Action-Strategy game. The game is based on the movie john wick. As john wick movie has a great fan base so it would be exciting for john wick hex. To play this game you had to think like john wick and kill enemies for your survival.
I’ll suggest you watch all 3 movies of john wick before you play the game.
The game is available for all the platform and is too small in size.
RATING:  7/10

Assassins creed chronicles India is the 2015 Second installment game of the chronicles series and a new themed game in the assassin series. The game is available only in single-player mode.

Assassin creed chronicles India is an action, adventure, stealth game.
The main hero of the game is arbazz mir. The Game is devoted to the confrontation of the Sikh Empire and the British colonialists in 1841.
RATING: 8.6/10

Left 4 Dead is a 2008 shooter, survival, horror game. The theme of the game is zombies you and your team had to survive.

Due to pandemic outbreaks, people have been converted into zombies and they are coming to infect you and your team had to kill zombies. Zombies are different with different abilities and will not die too easily. You had to choose the paths it would be risky.
You can play campaign mode where the story began or you can switch to the Arcade mode where you will free-handly kill zombies.
RATING:  9/10

Prince of  Persia: The Forgotten Sands is a 2010 Game. The game is the most awaited game of the series and the most loved one the game features a prince with great fighting skills who had to fight with different abilities enemies and the war is going on. You had to be careful and save the princess. Graphics of the games are great while it is was initially released in 2010. The Game is old-time story-based action, adventure, fighter Game.
RATING: 9/10

Conclusion
I have listed top 6 best repack pc games under 2Gb of data.
1. Metal Gear Solid V
2. Call Of Duty 4 Modern Warfare
3. John Wick Hex
4.  Assassin’s Creed Chronicles: India
5. Left 4 Dead
6. Prince Of Persia: The Forgotten Sands
Comment below your favourite game and let me extend the list if you like it.